Return To The Reich: A Holocaust Refugee's Secret Mission to Defeat the Nazis 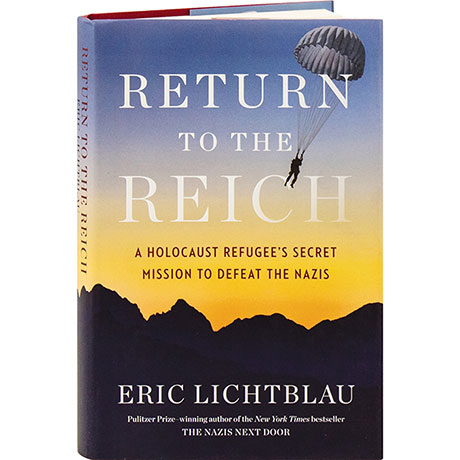 Return To The Reich: A Holocaust Refugee's Secret Mission to Defeat the Nazis

When Freddy Mayer was 16, his family made the decision to flee Germany for the United States, escaping two years before the war began. In America, Mayer tried enlisting the day after Pearl Harbor, only to be rejected as an "enemy alien" because he was German. As Eric Lichtblau details, Mayer was instead recruited by the OSS, the country's first spy outfit before the CIA, and later parachuted into Austria as the leader of Operation Greenup, meant to deter Hitler's last stand. Based on years of research and interviews with Mayer himself, this thrilling true story of how Mayer attempted to stay ahead of the Gestapo is equal to any fictional spy tale.