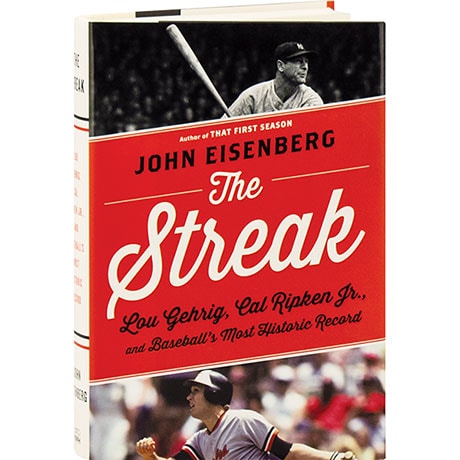 When Cal Ripken Jr. began his career with the Baltimore Orioles at age 21, he had no idea he would someday beat the historic record of playing 2,130 games in a row, a record set more than four decades earlier by the fabled "Iron Horse" of the New York Yankees, Lou Gehrig. Ripken went on to surpass that record by 502 games, and the baseball world was floored. Few feats in sports history have generated more acclaim, but as John Eisenberg reveals here, the record spawns an array of questions. When did someone first think it was a good idea to play in so many games without taking a day off? Who owned the record before Gehrig? And whose streak—Gehrig's or Ripken's—was the more difficult achievement?