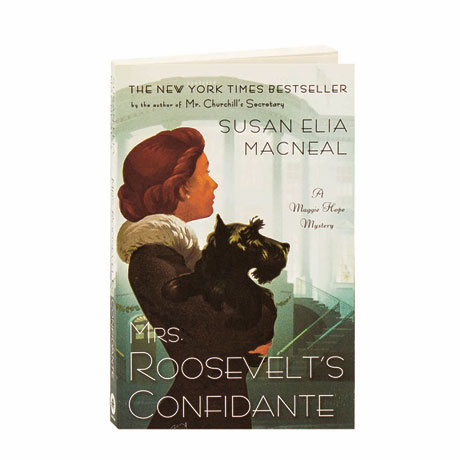 Soon after the attack on Pearl Harbor, Winston Churchill arrives in Washington, D.C., with operative Maggie Hope, who poses as his typist. When one of Eleanor Roosevelt's aides is mysteriously murdered, however, a scandal starts to brew, and the First Lady is implicated. In this fifth outing (after The Prime Minister's Secret Agent), Maggie knows she must keep the investigation quiet as she employs her unparalleled skills at code breaking and espionage to figure out who would target Mrs. Roosevelt, and why. But what she uncovers is a conspiracy that could jeopardize American support for the war, and leave the fate of the world hanging in the balance.