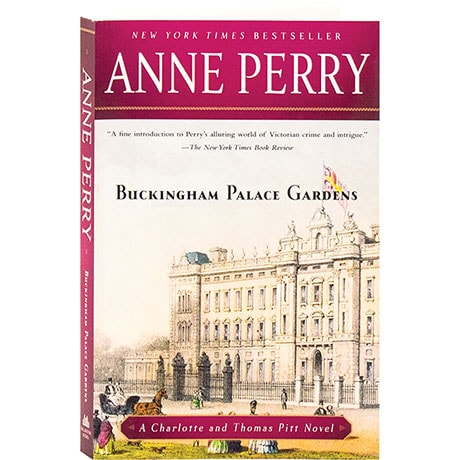 The Prince of Wales has invited four wealthy entrepreneurs and their wives to Buckingham Palace to discuss a fantastic idea: constructing a 6,000 mile railroad that would stretch the length of Africa. But the gathering proves disastrous when a prostitute's mutilated body turns up in a linen closet among the queen's monogrammed sheets. Thomas Pitt, mainstay of the Special Services, is summoned to resolve the crisis with utmost haste, in this 25th case (following Long Spoon Lane), and he recruits his cockney maid Gracie to pose as a palace servant. If they should fail, not only will Pitt's career will be over, but the scandal may well cause the monarchy to fall.