At The Villa Of Reduced Circumstances: A Professor Dr von Igelfeld Entertainment 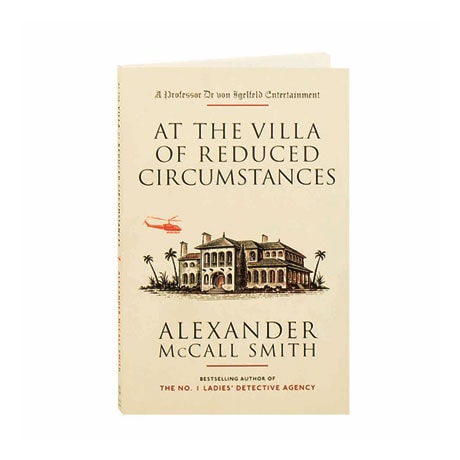 At The Villa Of Reduced Circumstances: A Professor Dr von Igelfeld Entertainment

In his third collection of tales, Professor Dr. von Igelfeld must disentangle himself from a nasty case of academic intrigue while on sabbatical at Cambridge. When he returns to Regensburg at last, he is greeted with the thrilling news that someone from a foreign embassy has actually checked out his masterwork, Portuguese Irregular Verbs, from the Institute's library. Soon he is on his way to Bogota, Columbia, where he will again be caught up in intrigue, though of an entirely different sort. The creator of The No. 1 Ladies' Detective Agency—himself an emeritus professor—Alexander McCall Smith takes us into the rarified, somewhat lunatic world of eccentric scholars at Germany's Institute of Romance Philology. The semi-hero of this academic satire is Professor Dr. Moritz-Maria von Igelfeld, ever engaged in an errant quest to win true love and "a tiny bit of recognition from the Portuguese."