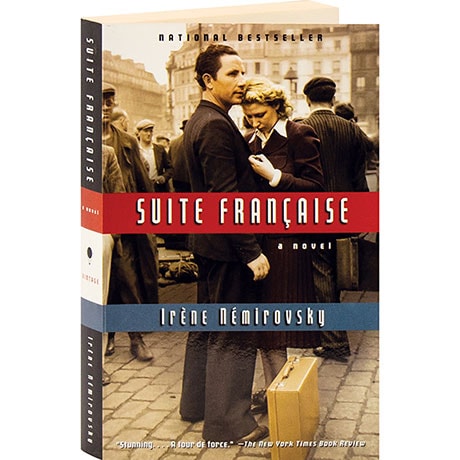 When Russian émigré Irène Némirovsky began working on Suite Française in 1941, she was already a highly successful writer living in Paris. But she was also a Jew, and in 1942 she was arrested and sent to Auschwitz, where she died at the age of 39. Her brilliant last works—two parts of a planned five-part novel—were only recently rediscovered among her notebooks. But these are not fragments. Though unpolished, they are novella-length masterpieces of insight into a people under extreme duress. The first part describes how Paris society disintegrated as the Nazis approached; the second tells of a small French village and how it both resisted and embraced the German soldiers who occupied it.