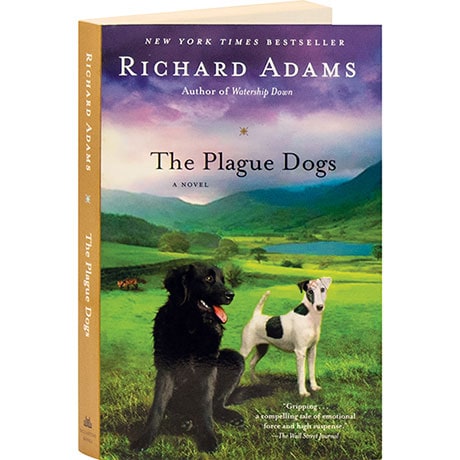 At a testing facility in North West England, a shaggy black mongrel named Rowf and the black-and-white fox terrier Snitter are among dozens of animals being cruelly held. When one of the handlers fails to close Rowf's cage properly, the two dogs make a daring escape into the English countryside, where they befriend a red fox who helps them survive in the wild. But in this 1977 novel by the author of Watership Down, as rumors circulate that the dogs may have been the test subjects for biological weapons and could be carrying a terrible plague, they soon find themselves being hunted down by farmers, politicians, scientists, and even the military.