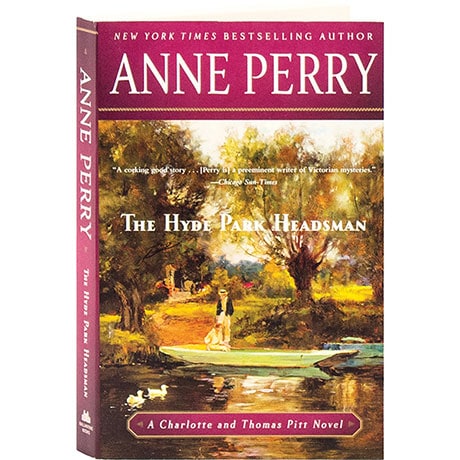 Not since the bloody deeds of Jack the Ripper have Londoners felt such terror, aroused by a series of gruesome beheadings in Hyde Park. And if newly promoted Police Superintendent Thomas Pitt does not quickly apprehend the perpetrator, he is likely to lose his own head—at least professionally—in this fourteenth novel in the series, after Farrier's Lane. Yet even with the help of his wife Charlotte's subtle investigation, the case proves to be Pitt's toughest ever. Then a shocking turn of events nearly convinces these two sleuths that they have met their match.