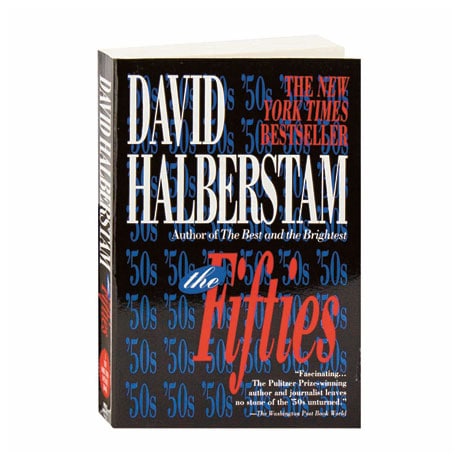 Each decade of the 20th century was transformative, posits the author of The Coldest Winter, but the 1950s were the most significant in determining what our nation is today. In this 1994 history, David Halberstam offers portraits of not only the titans of the age: Ike Eisenhower, Elvis Presley, Marlon Brando, J. Edgar Hoover, and Richard Nixon, but also of Harley Earl, who put fins on cars; Dick and Mac McDonald and Ray Kroc, who mass-produced the American hamburger; Kemmons Wilson, who placed his Holiday Inns along the nation's roadsides; U-2 pilot Gary Francis Powers; Peyton Place author Grace Metalious; and "Goody" Pincus, who led the team that invented the Pill.