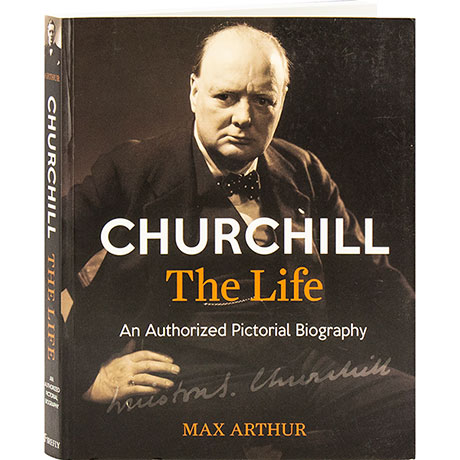 If ever there was a leader who understood how photographs can shape public image, it was Winston Churchill, and the dozens of images collected here reveal many aspects of the British statesman's long and heroic life. With his puckish expression, the young and confident Churchill appears in some of the most surprising photos here, but other standouts show him chatting with dock workers; standing alongside Eisenhower in 1944, practicing with a Tommy gun; applying the finishing touches to a snowman; and posing in a robe and barefoot on a French beach. Other choice images include manuscripts of some of his speeches, and a succinct text adds further biographical details.