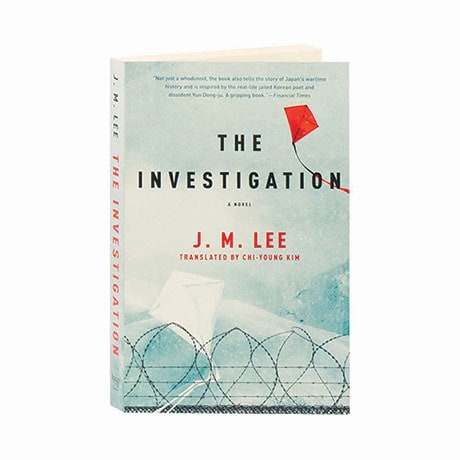 In World War II Korea, a prison guard is found dead, and Watanabe Yuichi—a young guard with a passion for reading—is ordered to investigate. The victim, Sugiyama, also a guard, was feared and despised, and a powerful inmate confesses. But Watanbe is unconvinced; and as he interrogates both the suspect and Yun Dong-ju, a talented Korean poet, he starts to see that the dead man was not all he appeared to be. As bombs rain down upon the prison, Watanbe realizes that he must find a way to protect Yun Dong-ju, but as he delves further in to his investigation, he discovers a devastating truth. Highly successful in his native Korea, J.M. Lee drew inspiration from the real-life Yun Dong-ju, a literary legend.

"Lee's U.S. debut is a breathtakingly beautiful novel that boasts a cerebral murder mystery and a rare look at the human impact of Japan's colonialism in Korea."—Booklist (starred review)