The 60S: The Story Of A Decade 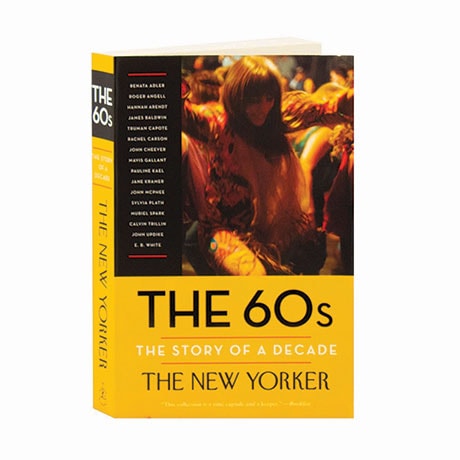 The 60S: The Story Of A Decade

A bewildering time by any standard, the 1960s are examined here by some of the most talented and astute writers of the era. From the pages of the New Yorker, here are Calvin Trillin on the integration of Southern universities, E.B. White contemplating the Kennedy assassination, Roger Angell on the 1969 World Series, and Jonathan Schell in Vietnam. Along with contemporary reflections by Jennifer Egan, Malcolm Gladwell, and Jill Lepore, here too are excerpts from Truman Capote's In Cold Blood, Rachel Carson's Silent Spring, and James Baldwin's The Fire Next Time; profiles of Glenn Gould, Muhammad Ali, and Bob Dylan; plus contributions by Sylvia Plath, John Updike, Anne Sexton, John Cheever, Hannah Arendt, Pauline Kael, Kenneth Tynan, and Muriel Spark.