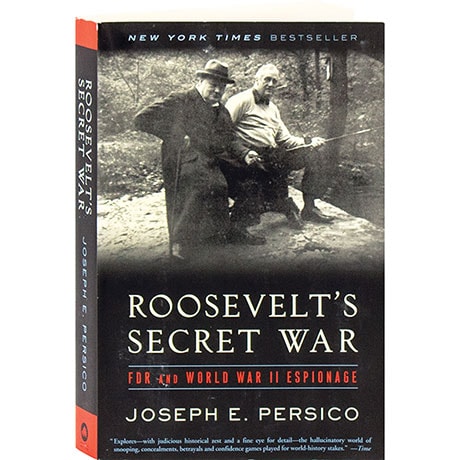 By temperament and character, no American president was better suited for espionage operations than Franklin Roosevelt. Not only did Roosevelt create America's first central intelligence agency, the OSS, under "Wild Bill" Donovan, but he ran spy rings directly from the Oval Office, enlisting well-placed socialite friends. Here Joseph Persico reveals how much FDR knew about Pearl Harbor and the Holocaust, and suggests that the president had advance knowledge of Hitler's invasion of the Soviet Union. Roosevelt was also spied on, and Persico presents evidence that the Soviet Union had a source inside the White House.