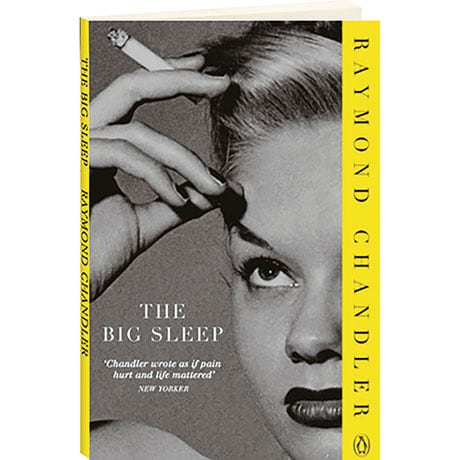 "I was neat, clean, shaved and sober, and I didn't care who knew it. I was everything the well-dressed private detective ought to be. I was calling on four million dollars." We meet Los Angeles investigator Philip Marlowe in this 1939 novel as he sizes up a wealthy client in a wheelchair. General Sternwood is being blackmailed by a sleaze merchant who's got compromising photos of his daughter Carmen, and he wants Marlowe to make the problem go away. But with Carmen and her sister Vivian both stirring up trouble on LA's seedy backstreets, Marlowe's got his work cut out—and that's before he stumbles over the first corpse. Though Raymond Chandler was 45 when he turned to writing, and put out only seven books and a collection of stories, he defined the hard-boiled detective thriller with this laconic private eye. Chandler's literate, shrewdly observed Philip Marlowe novels have inspired writers and filmmakers ever since, becoming classics beyond their genre.