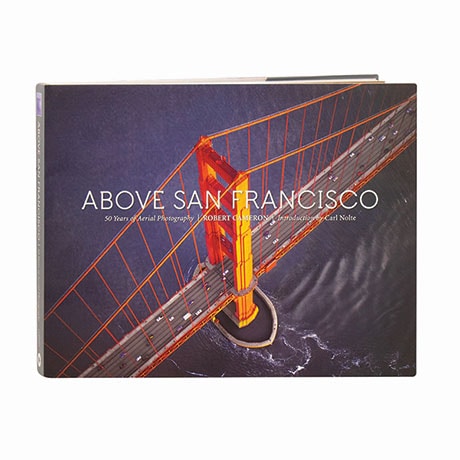 In 1969, Robert Cameron (1911-2009) began leaning out of a helicopter with his Pentax 6 × 7 cm camera to shoot cityscapes above his beloved Bay Area. With his masterful take on exposure, color, and composition, Cameron captured iconic structures and landmarks alongside the dazzling beaches and undulating terrain of Northern California. Among the standouts collected here are images of the bay dotted with hundreds of sailboats, the city's skyscrapers enveloped by fog, and the freeway system looking like an abstract masterpiece. Also included are pictures taken by other photographers in the past decade, picking up the torch after Cameron's death.