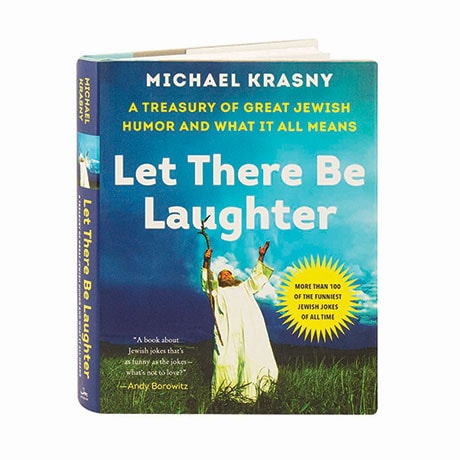 The host of Forum with Michael Krasny on public radio affiliate KQED has been telling Jewish jokes since his bar mitzvah, and it's been said (and not just by his mother) that he knows more of them than anyone on the planet. In a book that is wise, enlightening, and hilarious (what else?), Krasny mines traditional jokes and borrows from comedians like Mel Brooks, Joan Rivers, Larry David, Sarah Silverman, Jerry Seinfeld, and Amy Schumer to explore the themes and forms of Jewish humor. Sure, he looks at the chauvinism undercut by irony and self-mockery, the fear of assimilation, the importance of vocal inflection, and the calls to communal memory (like using Yiddish), but in Krasny's hands, it's still funny.