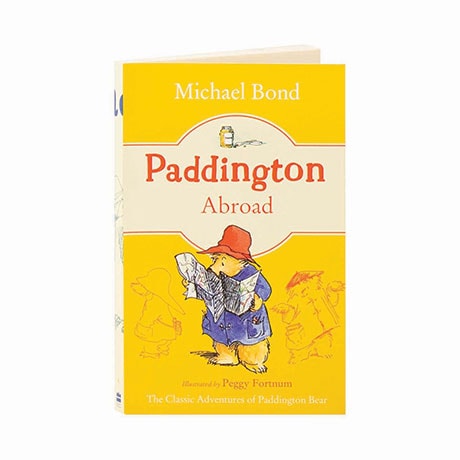 The Browns are going to France on holiday, and Paddington has come up with their "eyetinnery" (with a little help from Mr. Gruber). He has the whole trip planned down to the last marmalade sandwich, but somehow he takes the family far off the beaten path—ah, but with Paddington in charge, one should always plan on the unexpected. First published in 1961, this collection of linked stories is the fourth book in the classic Paddington series. Since he first appeared in 1958, Michael Bond's furry refugee in duffle coat and hat has charmed his way into the hearts of children in Britain and around the world, best known from Bond's original series of chapter books for readers and listeners up to 11 and fans of all ages.