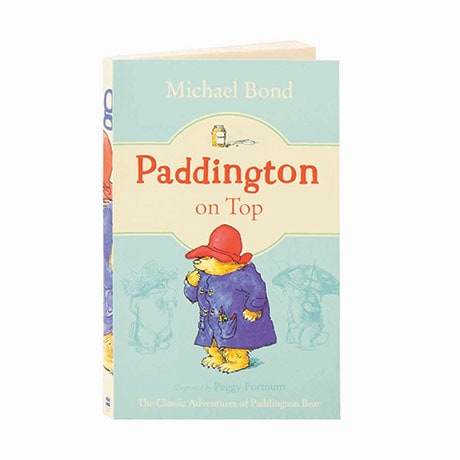 There's almost no predicament Paddington can't recover from—though we wouldn't want to be in his boots on his first day of school, when he accidentally dumps a tin of worms into the faculty stew. This tenth collection of stories, from 1974, features our heroic little bear discovering the joys of waterskiing, and later diving into a rugby match on behalf of the Peruvian team—only to find that his Aunt Lucy has traveled with them and needs a place to stay. Since he first appeared in 1958, Michael Bond's furry refugee in duffle coat and battered hat has charmed his way into the hearts of children in Britain and around the world, best known from Bond's original series of chapter books for readers and listeners up to 11 and fans of all ages.