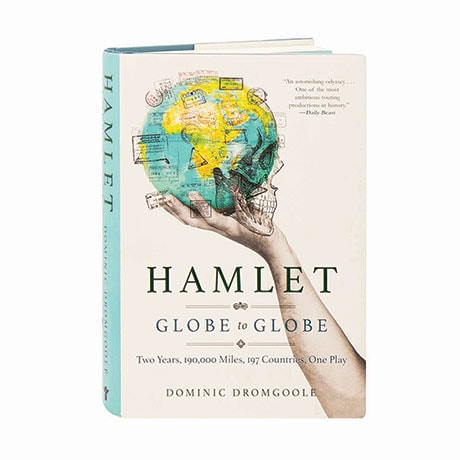 For the 450th anniversary of Shakespeare's birth, London's Globe Theatre in London undertook an unparalleled journey to quite literally share Hamlet with the entire world, and here artistic director Dominic Dromgoole parts the curtains on this wildly ambitious expedition. Despite food poisoning in Mexico, the threat of ambush in Somaliland, an Ebola epidemic in West Africa, and political upheaval in Ukraine, the Globe's players pushed on, carrying their own props, ready to build the entire set in less than two hours. Dromgoole introduces this impressive cast of sturdy souls, recounting the highs and lows of their tour, while paying witness to Shakespeare's power to transcend borders and bring us all closer together.

"A compulsively readable, intensely personal chronicle of performances in places as various as Djibouti and Gdansk, Taipei and Bogotá…. [A] wildly ambitious project."—NYTBR