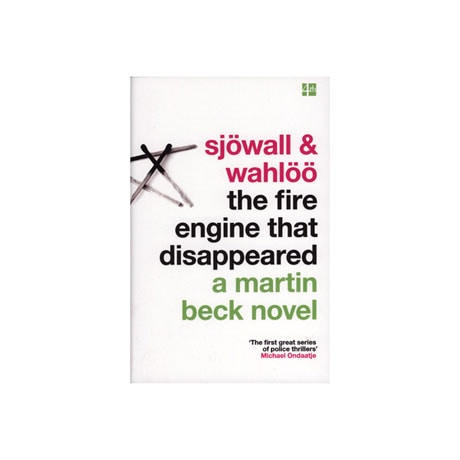 Detective Gunvald Larsson is watching the dingy Stockholm apartment block of a drug dealer under police surveillance, in this fifth mystery in the Edgar Award-winning series, but at the very moment he looks away, the flat explodes; the fire brigade takes an unusually long time to arrive, and in the resulting fire three people die. Inspector Martin Beck has no reason to believe it was more than an accident. Then his team discovers a link between the explosion and a suicide committed that same day, in which the dead man left a two-word note: "Martin Beck." Maj Sjöwall and Per Wahlöö are "the godparents of Scandinavian crime fiction," according to Jo Nesbø, while Henning Mankell acknowledged their Martin Beck novels as "one of the series that most inspired me.... Whoever is writing crime fiction after these novels is inspired by them in one way or another." Written from the mid-1960s to the mid-70s, the Martin Beck mysteries have been adapted into numerous film, television, and radio dramas.