The Triumph Of Christianity: How a Forbidden Religion Swept the World 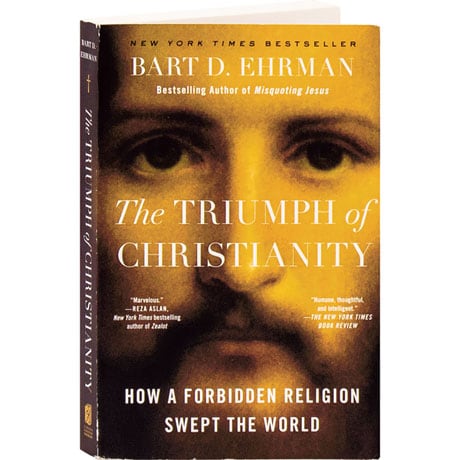 The Triumph Of Christianity: How a Forbidden Religion Swept the World

How did a religion whose first believers were a circle of 12 day laborers in a remote part of the empire became the official religion of Rome, converting some 30 million people in just four centuries? Taking a revisionist look at the early days of the Church, the author of Misquoting Jesus explains how Paul of Tarsus and a handful of charismatic characters used a brilliant social strategy and an irresistible message to win over hearts and minds one at a time. Bart Ehrman's "humane, thoughtful and intelligent" book (New York Times Book Review) upends the way we think about the single most important cultural transformation our world has ever seen—one that revolutionized art, music, literature, philosophy, ethics, economics, and law.