Andrew Jackson And The Miracle Of New Orleans: The Battle That Shaped America's Destiny 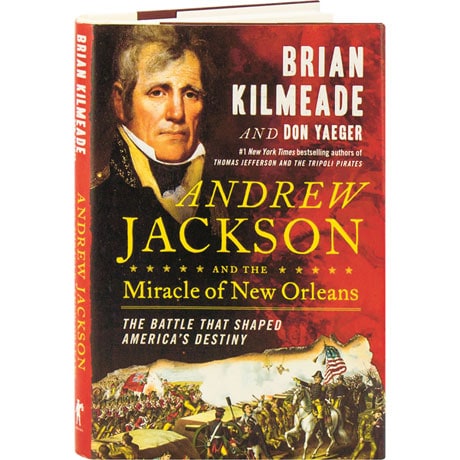 Andrew Jackson And The Miracle Of New Orleans: The Battle That Shaped America's Destiny

The War of 1812 saw America threatened on every side, with British troops defeating U.S. forces in nearly every engagement, and even setting the White House ablaze. If the British conquered New Orleans, they would control the mouth of the Mississippi River, cutting off all hopes of western expansion for the young nation. Into this dire situation stepped Major General Andrew Jackson, a Tennessee maverick with few friends in Washington. Much as they did in George Washington and the Secret Six, Kilmeade and Yaeger demonstrate that history's results were never inevitable, and here they powerfully dramatize how Jackson assembled a coalition of frontier militiamen, Cajuns, Indians, freed slaves, and pirates, going deep into the bayou to defeat the most powerful military force in the world.