Empire Of Guns: The Violent Making of the Industrial Revolution 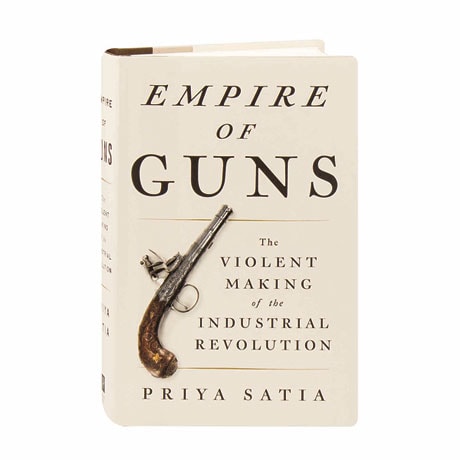 Empire Of Guns: The Violent Making of the Industrial Revolution

Long understood as a triumphant story of innovation and technology, the Industrial Revolution was instead driven by Britain's prosperous gun trade and a need for military supremacy, argues Priya Satia here. Examining a particularly thought-provoking case, Satia introduces gunmaker Samuel Galton of Birmingham, condemned by his fellow Quakers who argued that his profession violated the society's pacifist principles. In his self-defense, Galton argued that every member of the British economy is implicated in the nation's near-constant state of war. Satia uses the story of Galton to illuminate the emergence of this global superpower, connecting it to our era's debates about gun control and the permanent establishment of the military-industrial complex.

"A fascinating and important glimpse into how violence fueled the industrial revolution.... Satia's book stuns with deep scholarship and sparkling prose."—Siddhartha Mukherjee