Force Of Nature: A Novel 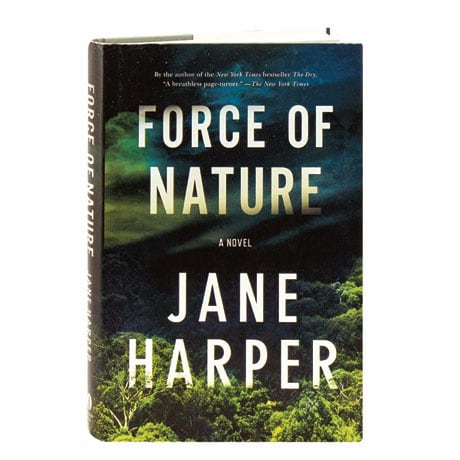 Force Of Nature: A Novel

When five colleagues are forced to go on a corporate retreat in the Australian bush, they reluctantly pick up their backpacks and start walking down the muddy path. But Alice Russell doesn't come out of the woods, and each of her companions tells a slightly different story about what happened. Federal Police Agent Aaron Falk has a keen interest in the whereabouts of the missing hiker. In an investigation that takes him deep into isolated forest, Falk discovers secrets lurking in the mountains, and a tangled web of personal and professional friendship, suspicion, and betrayal among the hikers. But did that lead to murder?

"[Jane] Harper layers her story with hidden depths, expertly mining the distrust between Alice and her four colleagues, and the secrets that simmer under the surface.... A spooky, compelling read."—Kirkus Reviews (London)