American Vertigo: Traveling America in the Footsteps of Tocqueville 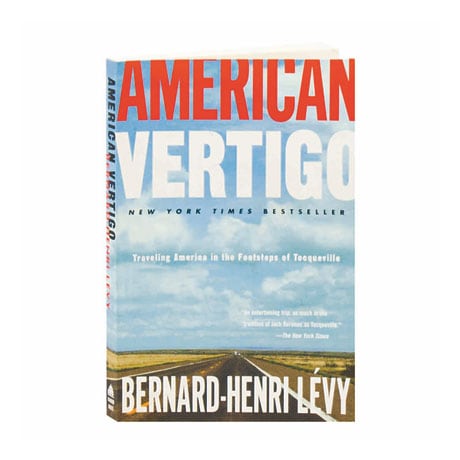 American Vertigo: Traveling America in the Footsteps of Tocqueville

What does it mean to be an American, and what can America be today? Exploring these questions, French philosopher and journalist Bernard-Henri Lévy (author of Who Killed Daniel Pearl?) spent a year traveling the country, and here offers a sequel of sorts to Alexis de Tocqueville's Democracy in America. Lévy investigates such issues as the nature of American patriotism, the coexistence of freedom and religion (including the religion of baseball), the prison system, and the health of our political institutions. Through interview-based portraits across the spectrum—from prison guards to clergymen, Norman Mailer to Barack Obama, Sharon Stone to Richard Holbrooke—Lévy weaves a tapestry of American voices.