The Crossing Of Antarctica: Original Photographs from the Epic Journey that Fulfilled Shackleton's Dream 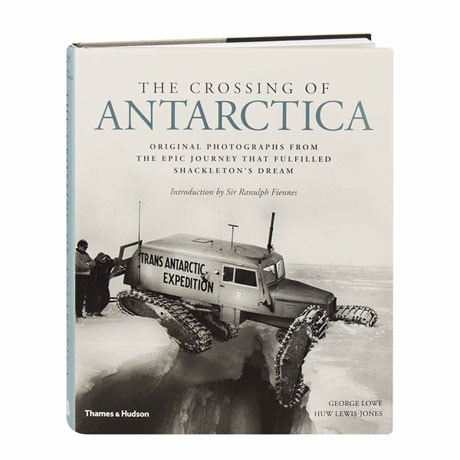 The Crossing Of Antarctica: Original Photographs from the Epic Journey that Fulfilled Shackleton's Dream

Appearing a century after Ernest Shackleton's failed Endurance expedition in Antarctica, this strikingly illustrated volume celebrates the men who finally realized his grand ambition not just to reach the South Pole but to cross the continent. Vivian Fuchs and Edmund Hillary led the 1955-58 Commonwealth Trans-Antarctic Expedition, while Everest climber George Lowe was there to capture it all on film. A trove of photos and other materials from the Lowe collection are presented here—dramatic landscape views, candid portraits, and action shots, seen in color and black and white images up to 18 inches across—while several expedition members provide vivid recollections of their frigid trek.