Angels In The Trenches: Spiritualism, Superstition and the Supernatural during the First World War 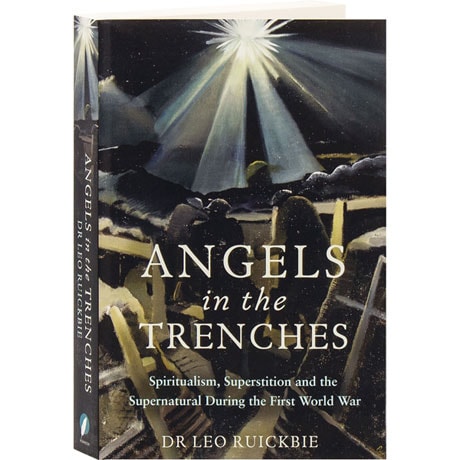 Angels In The Trenches: Spiritualism, Superstition and the Supernatural during the First World War

After British forces made a seemingly impossible escape from Kaiser Wilhelm's army in the small Belgian town of Mons, word quickly spread that angels had intervened to assist in their retreat. Within a few years, the number of spiritualist societies in the United Kingdom almost doubled—from 158 to 309—encouraged by such figures as Arthur Conan Doyle. What brought about the change? Here Leo Ruickbie shows how people at every level of society were struggling to come to terms with the ferocity and terror of the war, as well as their own losses: soldiers looking for miracles on the battlefield, and parents searching for lost sons in the seance room. The popular boom in spiritualism, Ruickbie notes, would take a worldly twist when it became a key component of British propaganda.