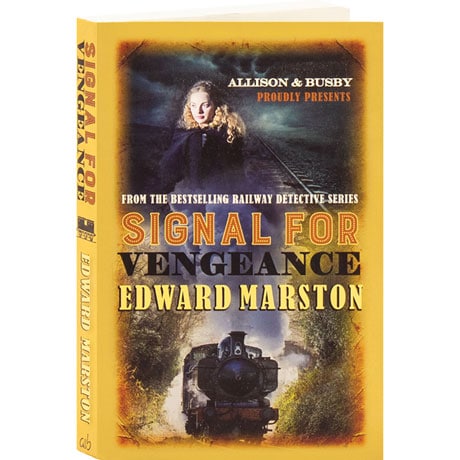 Dorset, 1860. Unhappily married Rebecca Tullidge is having an affair with railway officer John Bedloe—until, to her horror, she trips over his dead body on the tracks. Mr. Feltham, hoping to curry votes for the upcoming mayoral election, calls for Inspector Colbeck and Sergeant Leeming to solve the hideous crime, though this 14th investigation for the pair (following Timetable for Death) takes longer than anticipated. For one thing, Bedloe had enough enemies to populate a town, and a sordid past to boot, so Colbeck and Leeming must focus on who would be capable of such a violent murder—and quickly, if the inspector is to be present when his pregnant wife delivers.