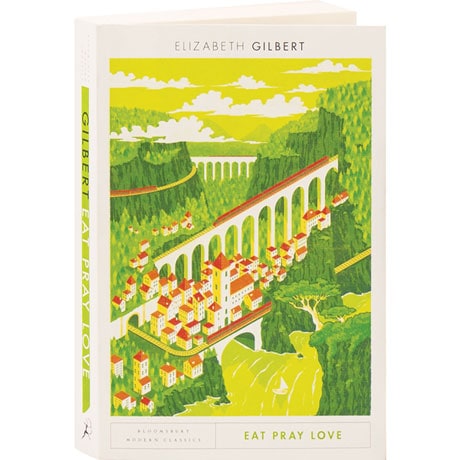 In her irreverent, self-deprecating travelogue, journalist Elizabeth Gilbert seeks spiritual healing following a wracking divorce and a heartbreaking affair. She travels to Italy, primarily for the heavenly cuisine; to India, to learn meditation from a favorite yogi; and to Indonesia, where she studies under a healer and falls in enlightened love, as she comes to terms with the choices that defined her life, and begins to rediscover herself. This Modern Classics limited edition features a charming cover illustration.

"Gilbert is Anne Lamott's hip, yoga-practicing, footloose younger sister…. [Her] sensuous and audacious spiritual odyssey is as deeply pleasurable as it is enlightening."—Booklist (starred review)