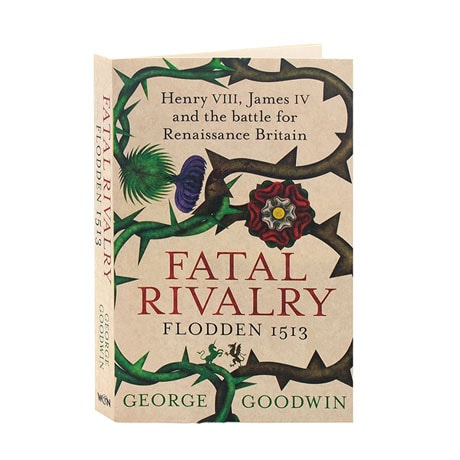 Following Fatal Colours: Towton 1461, George Goodwin here takes us back to Flodden in the northernmost corner of England, where the bloodiest Anglo-Scottish battle in British history was fought in 1513. Centuries of personal and political tensions between the kingdoms culminated in the bitter rivalry of the charismatic James IV of Scotland and his brother-in-law, the ambitious, hot-headed Henry VIII. Goodwin portrays the Renaissance splendor of both royal courts—their wealth, innovation, and artistic expression—and deploys a fascinating if treacherous cast of self-serving ministers, cynical foreign allies, and plotting cardinals, while contrasting the queens, Katherine of Aragon and Margaret Tudor.