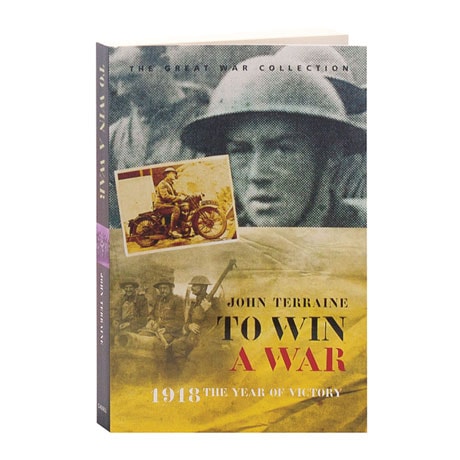 For the war-weary Allies, 1918 was a galvanizing year of victory, as the author of Douglas Haig: The Educated Soldier and The Road To Passchendaele posits here, beginning with the defensive victories of the British and the French against the last desperate offensive launched by the Germans. Then came the turning point of Marshal Foch's French counteroffensive on the Marne, followed by Haig's great attack on August 8th ("the black day of the German Army"), the breaking of the Hindenburg Line, and the pursuit of the defeated Germans across the wastelands created by the war. In his perceptive, sometimes challenging book, John Terraine places the honor of winning the war with the British army.