Out Of The Shadow Of A Giant : How Newton Stood on the Shoulders of Hooke and Halley 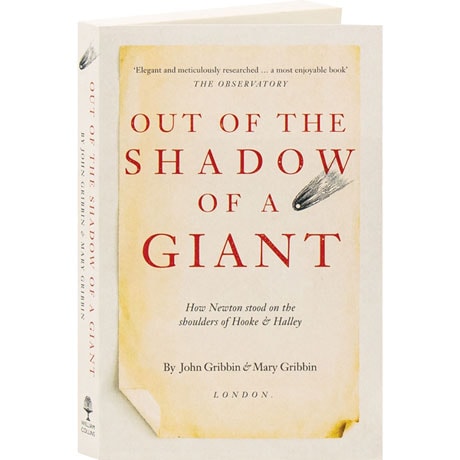 Out Of The Shadow Of A Giant : How Newton Stood on the Shoulders of Hooke and Halley

What if Isaac Newton had never lived? This compelling dual biography argues that Robert Hooke and Edmond Halley easily could have taken his place—and deserve credit for the birth of modern science. Although Newton is widely regarded as one of the greatest scientists of all time and the father of the English scientific revolution, John and Mary Gribbin uncover the fascinating story of Hooke and Halley, whose scientific achievements neatly embrace the hundred years or so during which science as we know it became established. They argue persuasively that, even without Newton, science would have made a great leap forward in the second half of the 17th century, headed by these two extraordinary figures.