A Year In The Life Of Victorian Britain 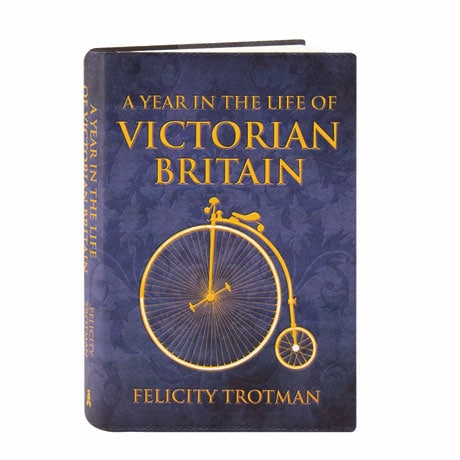 A Year In The Life Of Victorian Britain

For 64 years, Queen Victoria reigned over Great Britain, a worldwide empire in the midst of considerable changes. For each day of the year, Felicity Trotman has selected a key event or milestone of this century-spanning reign, including the spread of railways, a transatlantic telegraph cable, and Darwin's theories on the origins of man, but there were also momentous social and cultural developments, including the advancement of women's education and the founding of charities. Here are excerpted letters, poems, and reminiscences from Thomas Hardy, Florence Nightingale, Mrs. Beeton, Kenneth Grahame, pioneering female war correspondent Sarah Wilson, and Fredrick Engels, who developed much of his political theory as a result of working in his family's Manchester cotton mill.