Being Nixon: A Man Divided 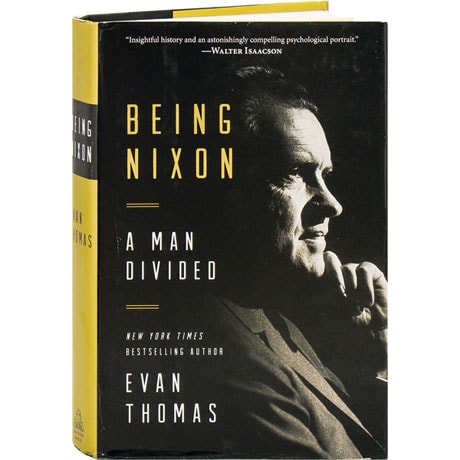 Being Nixon: A Man Divided

Seeking to create a rounded portrait of a man too often reduced to caricature, the author of Ike's Bluff and The War Lovers looks in on Richard Nixon at every phase of his life and career. Evan Thomas's "terrifically engaging" (Wall Street Journal) 2015 biography reveals the contradictions of a leader whose vision and foresight led him to achieve détente with the Soviet Union and re-establish relations with communist China, but whose underhanded political tactics tainted his reputation long before the Watergate scandal. Using archival records, unpublished memoirs, and interviews with those who knew Nixon, Thomas delivers a convincing portrait of this enigmatic statesman.