The Pope: Francis, Benedict, and the Decision That Shook the World 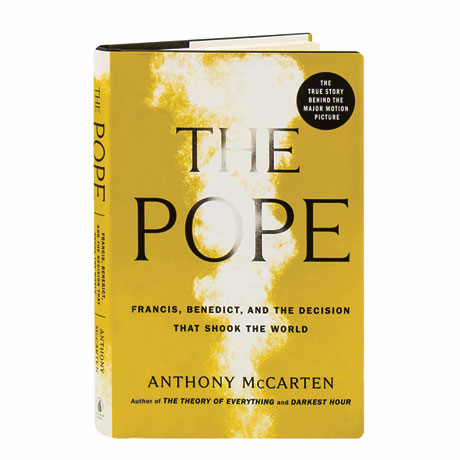 The Pope: Francis, Benedict, and the Decision That Shook the World

In February 2013, the arch-conservative Pope Benedict XVI made a startling announcement: he would resign, making him the first pope to willingly vacate his office in over 700 years. Reeling from the news, the College of Cardinals rushed to Rome to congregate in the Sistine Chapel to pick his successor. Their unlikely choice? Francis, the first non-European pope in 1200 years, a one-time tango club bouncer, a passionate soccer fan, a man with the common touch. Having immersed himself in these men's lives to write the screenplay for the 2019 Netflix film The Two Popes, Anthony McCarten masterfully weaves their stories into one gripping narrative.

"McCarten is a novelist and playwright ... and he instinctively accentuates the drama and intrigue in this strange but engaging story."—NPR