Countdown To Super Bowl: How the 1968-1969 New York Jets Delivered on Joe Namath's Guarantee to Win it All 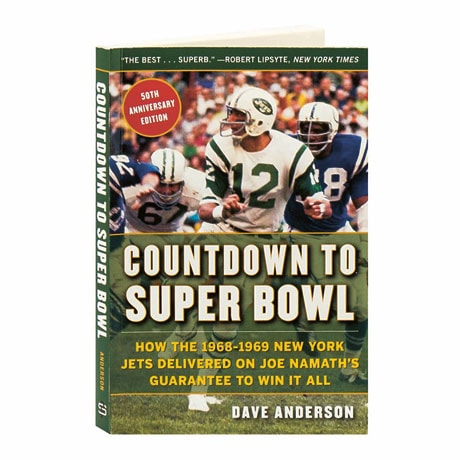 Countdown To Super Bowl: How the 1968-1969 New York Jets Delivered on Joe Namath's Guarantee to Win it All

Every fan will have his or her favorite Super Bowl, but the 1969 showdown between the New York Jets and the Baltimore Colts still ranks as the most momentous. Dave Anderson is certainly qualified to tell the whole story of the game of the century, having followed every movement of the Jets from the first kick-off of the season through the ten nerve-tingling days before the team sent the Colts down to defeat in Super Bowl III. Filled with the color, the action, and the behind-the-scenes drama of the greatest upset in football history, Anderson's book is the play-by-play, moment-by-moment saga of how the Jets made good on Super Joe Namath's boast that they would humble the NFL and vanquish the seemingly invincible Colts.