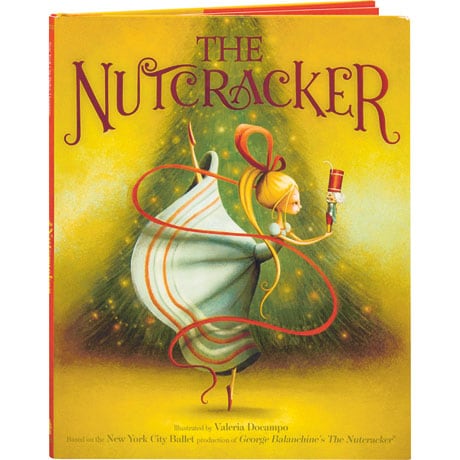 When E.T.A. Hoffmann wrote the novella The Nutcracker and the Mouse King in 1816, he could scarcely have guessed how popular it would become. Tchaikovsky's ballet adaptation has itself enchanted music and dance fans for well over a century, and in 1954 the New York City Ballet performed George Balanchine's version of the ballet. Taking this historic production as her inspiration, Valeria Docampo depicts young Marie as a ballerina, aided by her toy nutcracker in a battle against the sinister Mouse King. In this charming book for readers 4 to 8, Docampo uses great imagination, warm colors, and delicate patterning to bring the Land of Sweets to life.