A Place In The Country 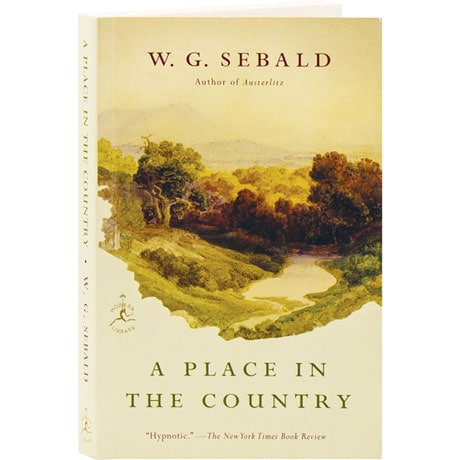 A Place In The Country

On the strength of such novels as Austerlitz and The Rings of Saturn, W.G. Sebald (1944-2001) proved himself one of the most fascinating and original novelists of the past 40 years, and in these essays—illustrated, like his other works, with enigmatic photographs—the German-English writer reveals some of the sources of his inspiration. In these portraits of writers and artists in conflict with themselves and their world, Sebald salutes Jean-Jacques Rousseau, hiding from his detractors on the island of St. Pierre; 18th-century naturalist Johann Peter Hebel; prophetic novelist Gottfried Keller; melancholy poet Eduard Mörike; Sebald's lifelong friend, realist painter Jan Peter Tripp; and Robert Walser, the institutionalized author whose joyful, unpretentious novels have come into vogue only many decades after his death.