The Lost City Of Z: A Tale of Deadly Obsession in the Amazon 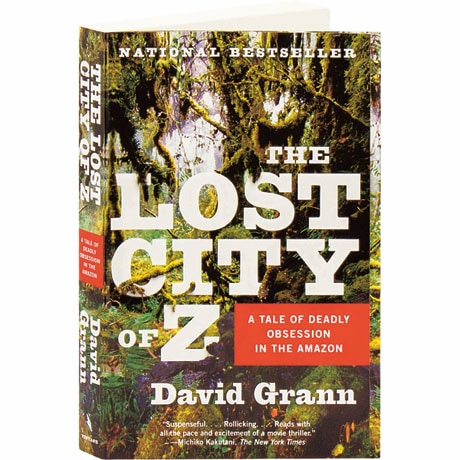 The Lost City Of Z: A Tale of Deadly Obsession in the Amazon

In 1925, British surveyor Percy Fawcett and his son ventured into the Amazon to find an ancient civilization that he dubbed "Z," hoping to make one of the most important discoveries in history; the expedition, however, never returned. For the next 80 years, hordes of explorers plunged into the jungle, trying to find evidence of Fawcett's party or of the fabled city, but many succumbed to disease, starvation, or more ominous fates. After stumbling upon a hidden trove of diaries, New Yorker writer David Grann set out to solve the mystery of Percy Fawcett, and to discover if the city of Z even existed. Riveting and truly stranger than fiction, Grann's 2009 account was the basis for the 2016 film.