American Crucifixion: The Murder of Joseph Smith and the Fate of the Mormon Church 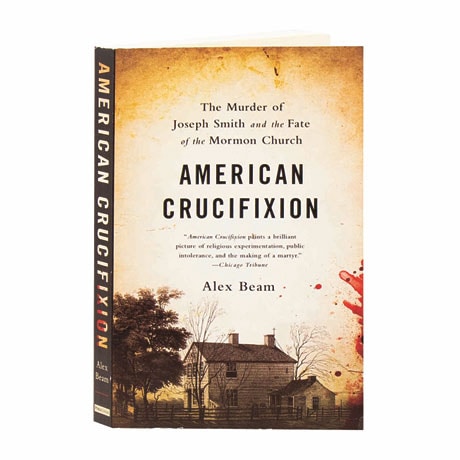 American Crucifixion: The Murder of Joseph Smith and the Fate of the Mormon Church

On June 27, 1844, a mob stormed the jail in the dusty frontier town of Carthage, Illinois, hunting down a man they saw as a grave threat to their otherwise quiet lives: the founding prophet of Mormonism, Joseph Smith. At 39 years old, Smith had already created his own "Golden Bible"—the Book of Mormon—worked as a water-dowser and treasure hunter, and secretly, he had married more than 30 women. Here Alex Beam tells how Smith went from charismatic leader to public enemy, as the doctrine of polygamy created a violent schism among his people. As Beam recounts, Smith's brutal assassination became a transformational event for Mormons, compelling them to colonize the American West and in time, claim their place in the mainstream.

"A remarkably fair account of the origins and trajectory of Mormonism itself.... Beam displays a fine sense of narrative pacing.... An excellent book about the life and death of this utterly uncategorizable man."—Wall Street Journal