The Bastard Brigade: The True Story of the Renegade Scientists and Spies Who Sabotaged the Nazi Atomic Bomb 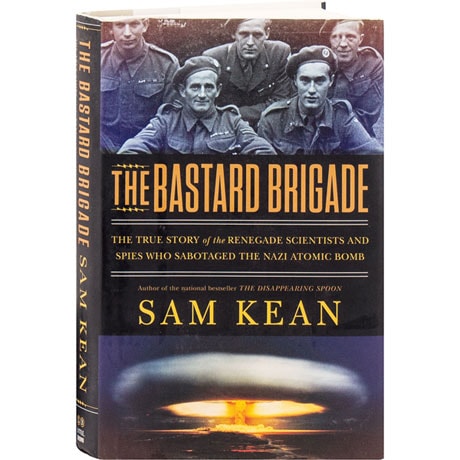 The Bastard Brigade: The True Story of the Renegade Scientists and Spies Who Sabotaged the Nazi Atomic Bomb

In the middle of building an atomic bomb, the leaders of the Manhattan Project were alarmed to learn that Nazi Germany was far outpacing the Allies in nuclear weapons research. Hitler, with just a few pounds of uranium, would have the capability to reverse the entire D-Day operation and turn the tide of the war. As the author of Caesar's Last Breath and The Violinist's Thumb recounts here, a rough and motley crew of geniuses— dubbed the Alsos Mission—were sent into Axis territory to spy on, sabotage, and even assassinate members of Nazi Germany's feared Uranium Club. A true story worthy of any spy thriller, the remarkable characters here include Major League catcher turned spy Moe Bergm, German physicist Werner Heisenberg, and JFK's thrill-seeking elder brother Joe Kennedy Jr.