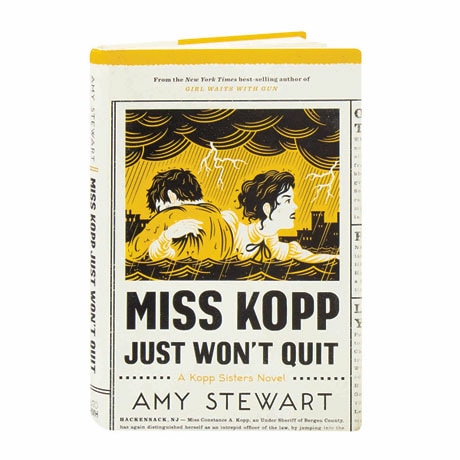 After a year on the job, New Jersey's first female deputy sheriff has collared criminals, demanded justice for wronged women, and gained notoriety nationwide for her exploits. But on one stormy night, everything falls apart. While transporting a woman to an insane asylum, Deputy Constance Kopp discovers something deeply troubling about her story. Before she can make her fourth investigation (after Miss Kopp's Midnight Confessions), another inmate bound for the asylum breaks free and tries to escape. In both cases, Kopp runs instinctively toward justice, but the fall of 1916 is a high-stakes election year, and any move she makes could jeopardize Sheriff Heath's future—and her own.