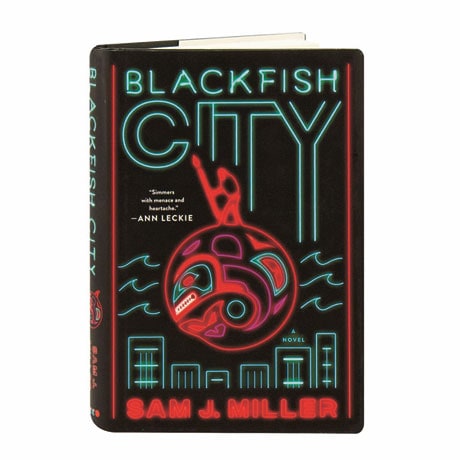 After the climate wars, a floating city is constructed in the Arctic Circle, complete with geothermal heating and sustainable energy. Eventually, though, crime and corruption set in, and a new disease called "the breaks" is ravaging the population. When a mysterious visitor arrives—a woman riding an orca, with a polar bear at her side—the city is entranced. In this novel by the Nebula Award finalist We Are the Cloud, the "orcamancer," as she's known, very subtly brings together four people to stage unprecedented acts of resistance. By uniting to save their city before it crumbles under the weight of its own decay, they will learn shocking truths about themselves.

"An urgent tale imploring us to look at the ties between technology, race, gender and class privilege.... Surprisingly heartwarming.... An action-packed science fiction thriller."—Washington Post