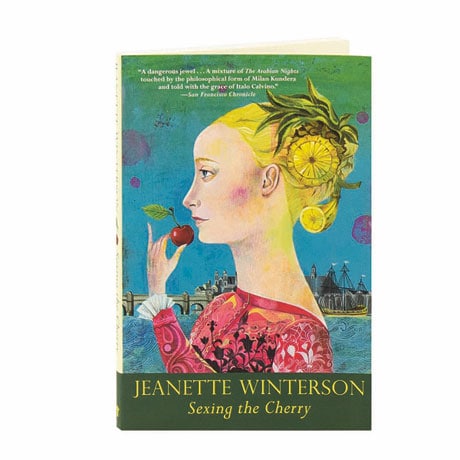 This third novel by Jeanette Winterson remains one of her most popular, exploring the nature of history, of imagination, and of time itself. Set in a fantastic world that both is and is not 17th century England, a baby is found floating in the Thames. He is rescued by the Dog Woman, a murderous yet gentle giant who names her newfound trophy Jordan and takes him out for walks on a leash. Jordan grows up to travel the world like Gulliver, but finds that the strangest wonders are spun out of his own head.

"A dangerous jewel … a mixture of The Arabian Nights touched by the philosophical form of Milan Kundera and told with the grace of Italo Calvino."—SFChronicle