Granite Mountain: The Firsthand Account of a Tragic Wildfire, Its Lone Survivor, and the Firefighters Who Made the Ultimate Sacrifice 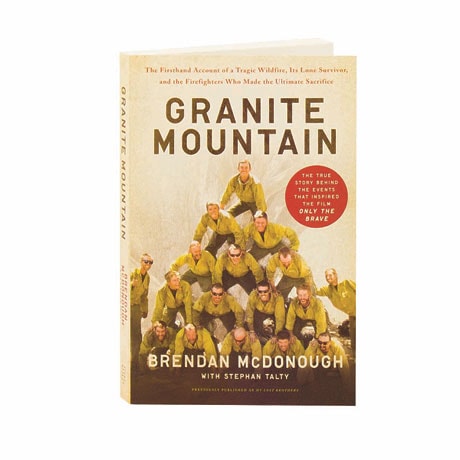 Granite Mountain: The Firsthand Account of a Tragic Wildfire, Its Lone Survivor, and the Firefighters Who Made the Ultimate Sacrifice

Slipping deeper into heroin addiction, Brendan McDonough decided to turn his life around by enlisting in the Granite Mountain Hotshots, a team of elite firefighters based in Prescott, Arizona. Their leader, Eric Marsh, took a chance on the unlikely McDonough, who eventually won the confidence of the men he came to call his brothers. Then, on June 30, 2013, while McDonough served as lookout, they confronted a 3,000-degree inferno in nearby Yarnell, Arizona, a relentless firestorm that tragically killing all 19 of his fellow firefighters. Inspiring the 2017 Only the Brave, this gripping memoir traces McDonough's story of finding his way out of the dead end of drugs, finding his purpose among the Granite Mountain Hotshots, and the minute-by-minute account of the fateful day he lost the very men who had saved him.