Babar And The Succotash Bird 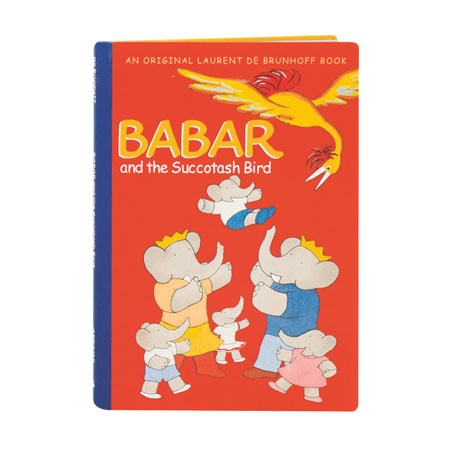 Babar And The Succotash Bird

Unable to sleep one night, Babar's son Alexander steps out on his balcony. The young elephant sees a bright light, but it isn't the moon, it's a magical bird of sparkling gold and red who cries "Succotash!" and playfully makes him float in the air before sending him back to bed. Out with his family the next day, Alexander again meets a magic bird who cries "Succotash!" Unfortunately, this is not his friend, it is a flying wizard full of mischief. He makes Alexander bigger than the trees, and then so small that he is lost among the ivy leaves, in Laurent de Brunhoff's magical Babar tale for readers up to 8.