Mad As Hell: The Making of Network and the Fateful Vision of the Angriest Man in Movies 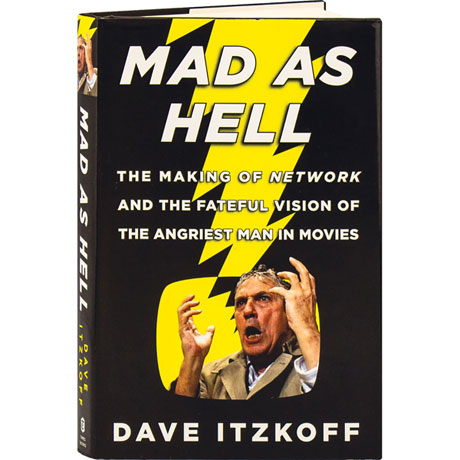 Mad As Hell: The Making of Network and the Fateful Vision of the Angriest Man in Movies

"I'm mad as hell, and I'm not going to take this anymore!" proclaimed an unhinged anchorman named Howard Beale—portrayed by Peter Finch in an Oscar winning turn—in a performance that made Sidney Lumet's 1976 Network a sensation. With a superb cast and an acerbic script by Paddy Chayefsky, the film shaped how we think about corporate and media power. Recounting the surprising story of how Network made it to the screen, Dave Itzkoff uses Chayefsky's manuscripts interviews with the cast and crew, to re-create the action in front of and behind the camera at a time of swirling cultural turmoil. Itzkoff also speaks with contemporary broadcasters and filmmakers to assess the film's lasting impact on television and popular culture.