Sweet 'stache: 50 Badass Mustaches and the Faces Who Sport Them 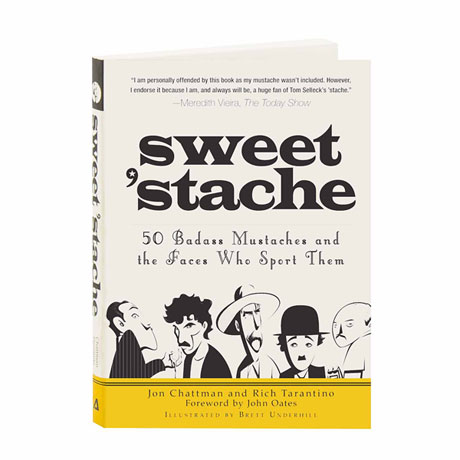 Sweet 'stache: 50 Badass Mustaches and the Faces Who Sport Them

If a man has a mustache, it is hands-down his most distinguishable facial feature; whether it's a handlebar, pencil-thin, Fu Manchu, toothbrush, or horseshoe, it's how he's identified and described. In this affectionate, illustrated tribute, Jon Chattman and Rich Tarantino have provided profiles and 'stache-analysis for the 49 men and one woman who made the cut. You already knew that Salvador Dalí, Tom Selleck, and Charlie Chaplin had to be here, and they are accompanied by Freddie Mercury, Albert Einstein, Hulk Hogan, Burt Reynolds, and "Weird Al" Yankovic, naturally. Pop legend John Oates penned the foreword, and the book also includes sidebar lists that rank the top 'staches in all sorts of categories, as well as mustache trivia and a timeline that traces the facial hair's evolution.