This Is All A Dream We Dreamed: An Oral History of the Grateful Dead 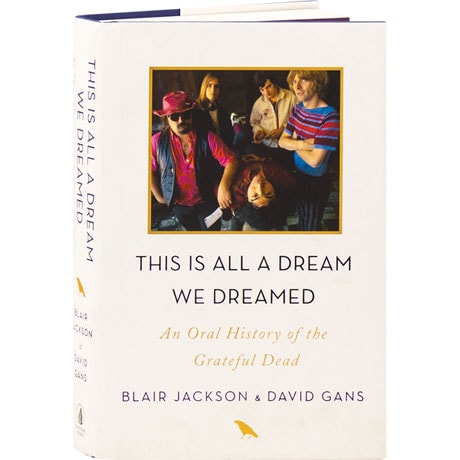 This Is All A Dream We Dreamed: An Oral History of the Grateful Dead

Capturing the ebullient spirit at the core of the Grateful Dead, Blair Jackson and David Gans weave together a saga that examines the music and subculture that developed into its own economy, touching fans from all walks of life, from penniless hippies to celebrities, and at least one U.S. vice president. This heartfelt oral history traces the Dead's evolution from its humble beginnings as a folk/bluegrass band playing small venues in Palo Alto to the stadium-filling Americana jam band that blazed all the way through to the 90s. Along the way, we hear from many who were touched by the Dead: David Crosby, Miles Davis, Ken Kesey, Carolyn "Mountain Girl" Garcia, and concert promoter Bill Graham.