The Adventures Of John Carson In Several Quarters Of The World: A Novel of Robert Louis Stevenson 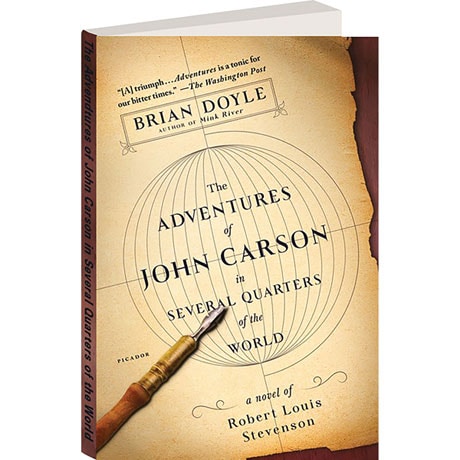 The Adventures Of John Carson In Several Quarters Of The World: A Novel of Robert Louis Stevenson

Living in a boarding house in 19th century San Francisco, the young Robert Louis Stevenson is waiting for his beloved's divorce from her feckless husband, dreaming of writing a soaring novel about his landlady's globe-trotting husband?but he never got around to it. And very soon thereafter he was married, headed home to Scotland, and on his way to becoming the most famous novelist in the world. In this final novel by the author of Mink River and A Book of Uncommon Prayer, the adventures of the fictional seaman John Carson are intertwined with those of Stevenson, wandering the streets, gathering material for his fiction, and yearning for his beloved across the bay.

"Doyle's irresistible novel, which practically begs to be read aloud, is a triumphant ode to the power of storytelling." —Booklist